The Horsemen enter week 2 much like their owner entered the week at work – hurting. For the owner, it was a weekend long cocktail of Ranch Waters, White Claws, Michelob Ultra Infusions, some IPAs and a couple Miller Lites – for the squad it was hamstrings, AC sprains and high ankle sprains. With two unemployed players, 2 IR players, a doubtful and 2 questionables – 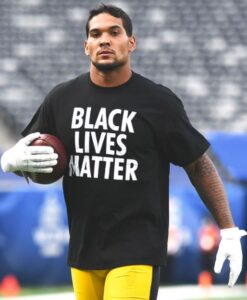 much of the roster is wasted space at this point. Not exactly where they wanted to be come week 2 of their championship defense. Who needs the best slant route receiver in the game, though?

Due to all of this turmoil, three players will be making their first starts. Antonio Gibson comes with a lot of promise, but will he get the workload to be a difference maker – is it almost time for D’Andre Swift in Detroit? Logan Thomas had a good showing in week 1, but is he really the right man for the job over future hall of famer Rob Gronkowski? Does Jason Myers have what it takes to be a top kicker in the ridiculous Seattle offense? A lot of questions are set to be answered this week, as the Horsemen look to avoid falling to 0-2 for the first time in franchise history.

Closet Hillbilly comes in at full strength if you combine the strengths of James Conner and Benny Snell. Conner’s mild injury could open the Steelers up to a committee, and one can only dream that all of the touchdowns go to whichever one of the two that he decides not to start. James Conner getting ruled out would be a disaster for the Horsemen, as the clearly better back would get the backfield to himself. Hillbilly employs only handcuffs on the bench, so this injury decision could truly be a tipping point. Thielen and Adams come in as top 3 receivers in week 1… which surely must have been a fluke.

This will be the first time these two teams have met since Closet Hillbilly swapped spots with 3rd and Unpredictable in the Dainty North. They previously met twice a year when aligned together in the Inner Loop conference before expansion to 12 teams. The Horsemen lead the all-time series 8-6 through 14 games and have maintained a 13.9 point average margin of victory. They also enter this game having won the last 2 contests against Hillbilly.

As 13.4 point underdogs, this will be the fourth straight game the Horsemen have been dogs. Fantasypros give them a 35.8% chance of victory while ESPN comes in at 44%.

The top 6 looks a lot different than we’re used to as Legs With Holes, Drunken Aces and Pork Shanks look to be on target to claim playoff berths. The odd men out in this situation are the Horsemen, Straight Laced and Dangerous Angels. It seems suspect that the Drunken Aces’ playoff odds would increase with a loss in week 1. Week 1 picks went 5-0.