Antonio, Julio, Le'Veon and Lamar would once again form the foundation for the back to back defending champions and it was time to do some wheeling and dealing to infuse the roster with a little more explosiveness. A series of trades would begin with the acquisition of Mark Ingram that would end with Todd Gurley - and the Horsemen would take advantage of Cincinnati

homerism to acquire Michael Thomas for Tyler Eifert and a first round pick from Legs With Holes.

Emmanuel Sanders, Ben Roethlisberger, Justin Tucker, Danny Woodhead and Matt Forte - Horsemen of years past - would return to the team but aside from Justin Tucker and Ben, none would really see any time on the field and would simply be depth pieces.

Things looked dark at first with an embarrassing loss to Drunken Aces in week 2 - tarnishing efforts for the perfect season. This would be the last time they would score over 100 until week 12. This would light a fire under the Horsemen who would proceed to trash every team in their path until week 11 when they took a breather by the hands of Straight Laced before saddling up for another beatdown in the BOTCJ before setting everyone in the playoffs on fire.

The closest game after week 11 was a 29 point win in the championship game over Strictly Southern behind Todd Gurley's 41 (the second best running back performance in team history). The average margin of victory over those last 4 weeks? 61.5 points.

Champions once more. Three in a row.

Keeping Antonio, Julio, Le'Veon, Lamar and Julian Edelman was a given - but the final keeper was a last second decision. Hours before the keeper ceremony, Tyler Eifert had been penciled in as the #6. Unfortunately, the ankle injury he sustained in the pro bowl required an additional surgery... a surgery announced just in time for the Horsemen to go against the norm for the franchise and keep a quarterback. That quarterback was Ben Roethlisberger.

The next step toward a return to the championship was a solid draft. The Horsemen would bring back Frank Gore in the 2nd round, Tyler Eifert in the 3rd and LeGarrette Blount in the 6th - these three players would be prove to be huge factors, especially in the latter half of the season. The roster would be more or less set for the entire season.

It was a pretty easy road. Fleener filled in admirably in Eifert's absence in the first half of the season

with an ankle injury but no other players from the starting rotation, aside from a single game without Ben, missed any time. The Horsemen were also gifted the easiest schedule in franchise history, as no opponent would score over 100 points until week 12.

The gifts would keep on giving. They would celebrate the best single game performance in team history by Le'Veon in the first week of the playoffs followed immediately by a championship showdown by the absolute worst team to ever make the playoffs, Legs With Holes.

Nosebleeds and Closet Hillbilly, for the sake of poor sportsmanship, would hoard kickers in an attempt to interfere with the championship game... to no avail. Legs With Holes would not disappoint  the defending champions. They would score the least points in playoff history at the absolute best time - and the Horsemen would emerge victorious for the second straight year.

The Horsemen had an interesting offseason period before the 2015 season. While Antonio Brown, Julio Jones, Alfred Morris and Emmanuel Sanders would remain with the team - they would trade Lamar Miller for Frank Gore and Matt Forte for LeVeon Bell. That wouldn't be the end of their preseason transactio

ns, though, as they would subsequently trade Emmanuel Sanders to retrieve Lamar Miller prior to the draft. After the mash up of offseason trades, they would be left with a sturdy group including Antonio Brown and Julio Jones at wide receiver as well as Lamar Miller, LeVeon Bell, Frank Gore and Alfred Morris at running back.

There would be only one bust.... Alfred Morris, the start leader in franchise history, would be released midseason.

While they were named preseason #1 and began the season 4-1, there was still a big hill to climb for the favorite Horsemen. It was another year riddled with injury. LeVeon only got a few games in after his suspension before suffering a

season ending ACL tear. They would then lose Julian Edelman (acquired with a pick that was then used by the Drunken Aces to draft Vincent Jackson) in week 10 for the remainder of the season. Tyler Eifert, the #2 tight end, would then fall to a stinger and concussion when the Horsemen needed him most in the playoff push. T.J. Yeldon would then go down in the 1st round of the playoffs, leaving Denard Robinson to be claimed by the Berries for the championship game.

Fortunately, they had depth. DeAngelo Williams (picked up immediately preceding the LeVeon Bell injury) would come in as if he should have been the starter along. Yeldon would step in for the flex starter, Julian Edelman. Gore would then step in for the injured Yeldon. Ben Watson proved a competent replacement for the injured Tyler Eifert. The question wasn't whether they had someone to replace their fallen stars, but which one of many would be chosen to do so. By the time the championship came around, Ben Roethlisberger, Derek Carr and Tyrod Taylor would all be rostered. The decision to play Derek Carr was determined entirely by the 8 month old offensive coordinator. It wasn't the best decision, but it was good enough... the Horsemen would trounce the Nosebleeds for the 2nd game in 2 weeks in the semifinals, and go on to humiliate the Berries worse than they had been humiliated in the 2014 championship.

The Electric Horsemen ended the year crushing Bumpy's Berries 122-90 and claiming their first league championship. They are now the only team to reach the championship game twice. They would, once again, end up with an incredible roster. Two top 5 receivers, two top 6 running backs, and 2 top 8 tight ends. Despite their 7-5-1 record, they ended the regular season with the most PPG of any team (and the 2nd most against).

Matt Forte, Julio Jones, Alfred Morris and Victor Cruz would continue their career as Horsemen for the 3rd year – while 2013 pickups of Antonio Brown and Cordarrelle Patterson would round out an extremely

talented group of wide receivers in this keeper class. They would also acquire Emmanuel Sanders and Lamar Miller, two players who proved to be impactful almost immediately.

Shane Vereen saw a good amount of playing time, as well, until Miller took over the load late in the year.

The Chinese Year of the Horse was a promising one and the Horsemen looked like a team of destiny from the start. Another 4 wins in the first 5 games would put the squad at 4-0-1… but while it was the Year of the Horse, concern remained that the Curse of the Horse would again send them reeling in the second half of the season. The loss of Victor Cruz in Week 6 for the season seemed as if it may be an omen of things to come but the Horsemen battled out the rest of the season and, with question marks at the QB and TE positions, managed their first playoff berth.

Patterson never came into his own during the season and was released midway through. This year also saw the release of Tom Brady after 4 awful weeks to start the season, a loss that the front office would regret nearly immediately.

The loss of Julio Jones in the semifinals proved to be too much to overcome and despite holding Aaron Rodgers in check. The Horsemen fell short on offense and suffered an embarrassing defeat in the championship game to the Drunken Aces, 68-92. Despite stumbling in the most important game of the year, the Horsemen managed to maintain a level of consistency not generally seen – leading the Inner Loop in scoring in consecutive seasons while managing a 7-4-2 record. They would also end the year with three of the top 10 receivers, anchored by Antonio Brown's career year.

The Horsemen came into the 2013 season with a menacing group of keepers. Matt Ryan and Alfred Morris were coming off Top 5 years and the continued emergence of Julio Jones look 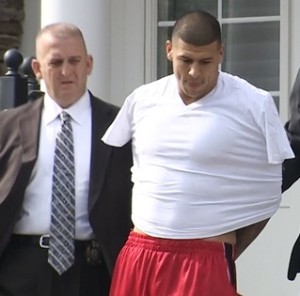 ed promising. Rounding out keepers were the ever consistent Victor Cruz and Matt Forte along with an animal in the tight end position – Aaron Hernandez. The draft saw notable adds of Antonio Brown and Jermichael Finley, giving the Horsemen a dangerous roster of pass catchers. Highly touted rookie Cordarrelle Patterson brought in what looked like unlimited potential, as well.

Obviously, they were more dangerous than the front office would have liked. In the offseason, Aaron Hernandez started the team on the wrong foot with his murder arrest – making one keeper entirely worthless. This came in the same offseason that hooligan arrest fines were signed into law.

Despite the obvious lack of depth at tight end, the Horsemen would start the season strong. Four straight victories would bring in the 2013 campaign, but week 5 would see an end to the winning. Julio Jones went down, rendering Matt Ryan useless. Jermichael Finley would also suffer a career ending neck injury in the same week. The disasters seemed to snowball and what looked like a possible championship contender soon looked like a flailing franchise.

The Horsemen would go on to win 1 of their next 6 games and went into Week 13 against the Nosebleeds once again in need of a win to move onto the postseason. They would lose a tight one, a loss that again eliminated them from the playoffs with a 6-7 record despite leading the division in scoring. 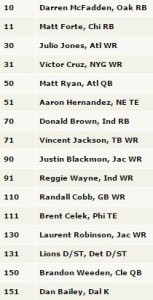 The beginnings of the Electric Horsemen and the COL took place with the drawing of draft positions at the Family Bingo Center. Each member selected a pre-filled envelope with a note card determining the order by which they would set their roster. It was a tough draw for the Horsemen, as they were to receive the 10th pick in the first round.

The first building block for the future of the team was Darren McFadden, a talented specimen out of Oakland that had some injury concerns coming into the season. He was paired with Matt Forte with the first pick in the second round, setting up what could potentially be a dangerous backfield for years to come. Several moves were made before the season even began, most notably the addition of Alfred Morris in free agency, an acquisition that proved to be the steal of the year.

The Horsemen came on strong to start the year, going 4-1 out of the gates, but hit a bump in the road in week 6 that would unravel what looked to be a promising season. After a 4 game skid, they looked to regroup but could never quite regain the swagger of the first few weeks of the year. They would lose in week 13 to the Nosebleeds, a loss that not only eliminated them from postseason valor, but would also lead to the loss of the Battle of TC Jester.

The Electric Horsemen would end the season a disappointing 6-7.