Week 2 was not the recovery the defending champion Electric Horsemen had in mind.

While week 1 saw the losses of Le’Veon Bell and Michael Thomas to several week injuries, week 2 was not any more kind. Injuries were prevalent across the league, and the Horsemen would see another pair of wide receivers hobbled mid-game – Julio Jones would be limited by a hamstring injury and Courtland Sutton w 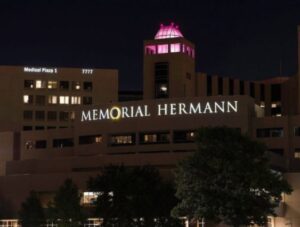 ould be lost for the year to a knee injury. Will Fuller would also miss some time with hamstring issues, leaving the game with 0 targets for 0 points after a 10 target game in week 1.

Aside from the obvious lack of performance by the three sub 100% receivers they had left, Chris Herndon would bring absolutely nothing to the table despite being the only remaining healthy pass catcher for the Jets. The Seahawks would score on every possession against New England… leaving Jason Myers to only kick extra points… 5 of them. And then, of course, there is Todd Gurley – who received 20+ carries but could only muster 61 yards to go along with 0 receptions as the Falcons squandered a double digit 4th quarter lead.

Dark times have befallen the Horsemen who need to scrounge out a victory in week 3 with a limited roster to give their inured core time to heal up for the season ahead. Of the 17 0-2 teams to come before them, 6 have made the playoffs. So, hope is not yet lost. But of the 0-3 teams… none have made it to the postseason.

With the top 4 wide receivers on the Horsemen questionable in some fashion, they must now try to find the answers against their nemesis – The Nosebleeds. 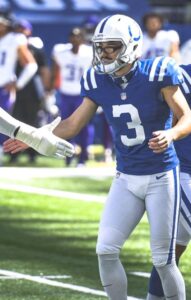 The Nosebleeds aren’t any better, but at least they’re healthy. Averaging 84.77 PPG, they’ve at least surpassed their pre-PPR worst seasons through 2 weeks. And 0-2 isn’t something that gets them down, this is the 3rd time they’ve been in this situation and they placed 2nd and 3rd in the prior years.

Before this game, the Nosebleeds hadn’t been favored against the Horsemen since at least 2014 – and the Horsemen are coming off 7 consecutive Battle of TC Jester championships. Additionally, of the original 10 teams, the Horsemen hold their third best head to head record against the ‘Bleeds (13-5, 72%). But maybe all good things must come to an end.

The Nosebleeds come into this one at full health. They’ve been rolling with the double tight end set of Ertz and Engram all year – yes, the same Ertz that is the highest scoring tight end in Horsemen history. The Horsemen would trade away Ertz and Prescott for a 2nd round pick in the 2020 draft, now the two face their former allies for the first time.

The Horsemen welcome 4 new starters in week 3, a huge shift from the roster stability they’ve seen the past several years. Darrell Henderson, a Nosebleed last week, is looking forward to getting up to speed and making them pay for an ill-timed release for the Browns defense. Tyler Boyd, a depth piece before 3 receivers went down, hopes to continue his bench success as the next man up. And who could forget the behemoth tight end fill in for the Colts in Jack Doyle’s absence… the first 100+ yard receiver for the Colts this year, and potentially Philip Rivers’ new Antonio Gates.

And of course, there is the next Justin Tucker, Rodrigo “Hot Rod” Blankenship, who looks to bring stability back to the position.

The Horsemen have a 39.3% chance of victory on FantasyPros and 47% on ESPN. They are 6.1 point underdogs.

Strictly Southern took a little topple in a bizarre loss to the Berries, sending Legs With Holes to the top of the Dumpies. The Berries were the biggest gainers, jumping 17% to 30% – while the Heavy Pistols plummeted from 19 to 1% with the loss of Saquon Barkley. At their lowest last year the Horsemen only reached 48%, things look bleak at 12%. Picks were 3-2 last week, making for an 8-2 record.