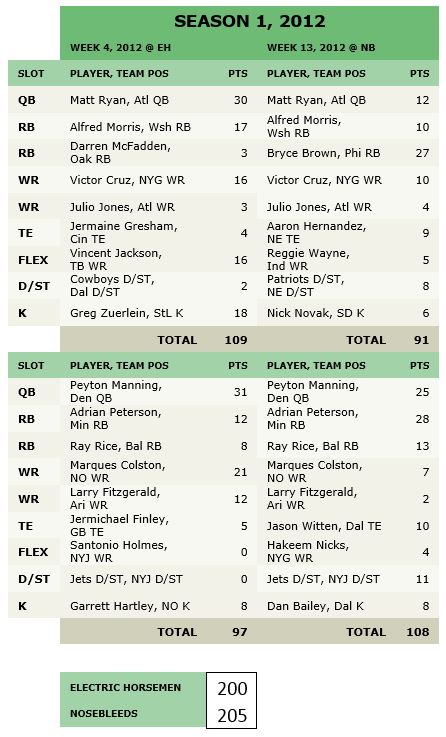 The inaugural BOTCJ was a sad one. The Horsemen left game one with abundant confidence, as their entire team looked to be on the same page and scoring at will. By the end of the season, the Horsemen were in a far different place, though, and much of the roster was inactive.

They were crushed in Week 13 by the Manning/Peterson/Rice combo, a blow that would also eliminate the Horsemen from the first ever COL playoffs. Peterson’s 28 point performance in the final leg would earn him the MVP award for 2012.