Things were looking grim. Injuries continued to mount. Michael Thomas sent to IR. Julio Jones out. Antonio Gibson out. With hardly any players available, the Horsemen were slight underdogs to one of the worst teams in league history. A loss would send them to the Asshammer finals where they would have to face their arch-enemies, The Nosebleeds, where the loser would take home the not so coveted Asshammer.

They would turn to some new names in this time of need, names that hadn’t seen the Horsemen roster in… well… ever.

Hurts gave it his all today ✊ @brgridiron

Is Jalen the QB of the future in Philly? pic.twitter.com/e83o3RJ028

Swift would make his return from injury and would be joined by Rob Gronkowski as the only two standard starters for the Horsemen in 2020. Off of waivers for free came Jalen Hurts. Also for free on the waiver run was Salvon Ahmed (the Drunken Aces previously traded a 4th round pick for him weeks earlier) – who it sounded like was closer to playing. As chatter of Julio missing the week began to get louder, Russell Gage would join the team on Friday morning. Damien Harris was questionable for the Patriots so Sony Michel (one upon a time Dangerous Angels stud running back) came aboard on Saturday morning. Joining this ramshackle group of waiver wire pick ups was Keke Coutee for his second straight start.

The chemistry of this group of misfits was undeniable.

Jalen Hurts would show up with the highest scoring QB performance in team history. Ahmed would do his grandma proud with 122 yards and 2 touchdowns. Gage and Coutee would both reach the end zone and Sony would at least do serviceably in his spot start. The Heavy Pistols would have their best game of the year and their 3rd game of more than 100 points on the season… but the Horsemen would also have their best game of the year and send the Heavy Pistols to the Asshammer championship game where they belong and will likely return next year.

For most the season is over, but the Horsemen still have plenty to play for. Carrying momentum into 2021 is key after a disappointing season such as they’ve seen in 2020 – but they also have an 8th round draft pick on the line in their grudge match week 16 battle against the Dangerous Angels.

In their previous match in week 4 the Horsemen got stomped, losing for the first time to the expansion franchise by 27. Matt Ryan fell apart and no one else was spectacular – kind of the theme for the season. But in week 16, an exhibition for all intents and purposes, the Horsemen have some more firepower. Jalen replaces an inconsistent Matty Ice, Antonio Gibson looks to make his return and D’Andre Swift looks to be ready to go. Question marks surround Ahmed and Michel, as they may see a reduced workload as injuries clear up – but Le’Veon Bell gets a chance to shine for the Chiefs in what could be the last start of his career as an Electric Horseman.

The Angels will probably be leaning on the waiver wire at QB with Ben Roethlisberger looking ready for retirement. And will otherwise be putting their trust in Chris Carson and a surging JK Dobbins to carry the load. Mike Davis may see some workload issues with a potential McCaffrey return – and who knows how the receiver situation shapes up if/when Golladay returns.

The championship has predictably come down to 3rd and Unpredictable versus whoever. Whoever doesn’t matter. The lost seasons of Strictly Southern and the Electric Horsemen severely damaged the top end of the playoff teams and a bunch of teams with little ability to compete surfaced. The Drunken Aces and Closet Hillbilly petered out in the first week, followed shortly after by their comrade Pork Shanks and then, unfortunately, Legs With Holes would fall to Straight Laced. Nothing against Straight Laced, but Legs seems to have the better cei 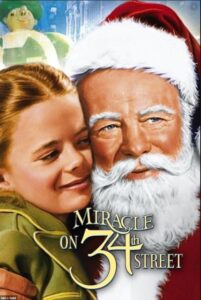 ling with which to compete with Unpredictable.

In other news, Legs With Holes is going to trounce Pork Shanks to lock in 3rd place. Win or lose, this is their first winning season since 2016 and best finish since the same year. Their nine regular season wins is the most in franchise history, having reached 8 wins back in the inaugural 2012 season and never getting over 7 since then.

And in even more other news, the Nosebleeds are going to retain possession of the Asshammer against the Pistols despite the Pistols not caring about it. The Nosebleeds don’t really care either. These two teams are on the top of the list of potential drop out franchises in the next few years.

In a lost season, Horsemen look to the future with one year rebuild complete

No Replies to "Horsemen close door on Asshammer"