It wouldn’t take any spectacular performances to route the Nosebleeds, as the Nosebleeds are entirely unspectacular. The Horsemen would have every player aside from their defense reach double figures for the first time this year and would be led by a surprising hero – Darrell Henderson Jr. The Nosebleeds dropped Darrell on September 16th to add a Browns defense to stream for a couple weeks. People still on their roster that they could have dropped, you ask? AJ Dillon, Josh Adams, Scotty Miller… Nosebleeds gonna Nosebleed. They would then attempt to add them in the auction, but bid only $18 while spending $32 on Keelan Cole. The Horsemen claimed Henderson for $31.

This sends the Horsemen to 14-5 against the Nosebleeds, and slightly improves the average margin to +15.5. The Nosebleeds had been 0-2 a few times in team history, but never 0-3. It’s probably safe to say that this is a lost season. They are ill equipped to make a run and likely will not be favored again until week 7 against the Heavy Pistols… and likely not again after that.

The Horsemen, on the other hand, are clinging to every bit of hope they can. They had a similar poor start in their championship campaign of 2019, managing 1-2 through three games, and would hover around .500 for most of the season. With the Nosebleeds and Heavy Pistols handing out wins, this year may be somewhat more difficult to battle back to the top.

The two will meet again in the week 13 regular season finale, where the Horsemen look to lose by less than 27 to take home the JW Memorial Trophy in the Battle of TC Jester for the 8th consecutive year.

Week 4 marks the third time the Electric Horsemen have met with Dangerous Angels, and both teams are seemingly on the verge of collapse with 1-2 records and long odds to reach the playoffs considering the top weighted environment of the COL this year. The Horsemen would inch past them in their last meeting in week 10 of 2019 102.5-98.8 to go 2-0 in the series – and also to climb back to .500 on the year as they stretched out to clinch the playoffs in the final weeks.

The Angels were big overachievers in year 2 of the expansion franchise, finishing 2019 at 8-5 and making their first playoff appearance. But is this improvement a trend or just a fluke year? It’s 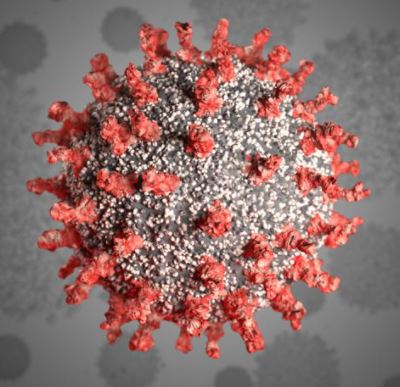 been tough sledding for them the last couple weeks, as injuries have begun piling up. First Godwin was ruled out… then his replacement, Allen Lazard, had a random surprise surgery to put him out for the year. Chris Carson got all twisted up by a dirty tackle last week, spraining his knee – but he now looks slated to play. There is an expectation his workload will suffer noticeably, though. Ben Roethlisberger, their normal starter, got a surprise COVID bye and now Stafford is queued up to play – but with a case of COVID popping up on the Saints, is Stafford’s status in jeopardy, as well?

COVID isn’t so much of a concern for the Electric Horsemen and a cancellation of the Saints game would actually benefit them with Michael Thomas already ruled out. Boyd and Fuller look like they’ll land the starting wide receiver roles, with Julio Jones hovering in the flex with his hamstring injury causing pause. A last minute appearance by Joe Mixon on the injury report could open up a huge opportunity for a Giovani Bernard spot start on the Horsemen for the first time since since his lone appearance in week 1 of 2016. He’s now much older, but his mustache is much more powerful. Jimmy Graham joins the Horsemen for the first time in his long and somewhat illustrious career, as the Horsemen look to take advantage of what could be a growing connection between him and his new quarterback, Nick Foles.

Smashing it with a 12-3 record through 3 weeks. Pork Shanks takes the greatest topple in playoff odds, down 26 to 26% – but still remains firmly above the Horsemen who lost 2 points despite the victory over the Nosebleeds. The Laces climb 11 points to 39% and it now appears 5 people are battling for the final playoff spot and the top 5 at 85% or greater.

No Replies to "Thread of hope as Horsemen topple Nosebleeds"