League goes silent as Horsemen win it all 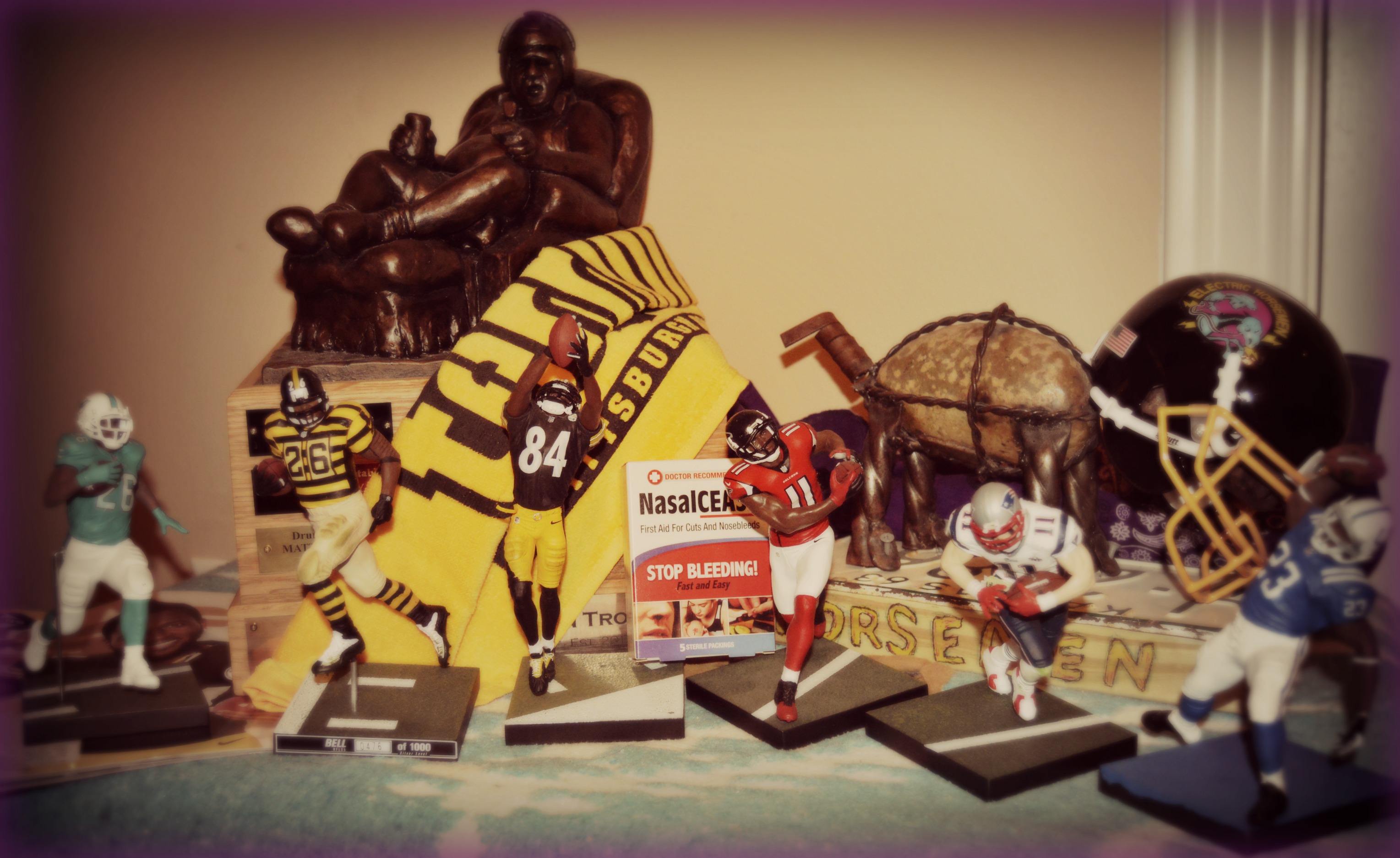 There was an eerie calm on the Cosmopolitan Outlaw League group text message Monday night. No one even showed up to watch the final seconds of Drunken Aces reign on top at the bar. Ted wasn’t complaining about his trade being vetoed. Wayne wasn’t challenging the character of the Horsemen. Matt wasn’t turning off football forever. Coe wasn’t telling Ted to shut up.

There was only silence.

In what was admittedly the most likely outcome for 2015, the preseason #1 Electric Horsemen crushed Bumpy’s Berries convincingly. It may have been a year late, as the Year of the Horse ended in 2014, but the Year of the Snake would have to do. The Horsemen held their opponents to below 90 points for 3 straight games to win the title – the last time they were so fortunate on the PA front was in weeks 8-10 of 2012.

Their 7-5-1 record in the regular season was somewhat misleading. The Horsemen scored the 2nd most points in league history, averaging a staggering 111.7 PPG, and set a single game record of 183 against the Extreme Baby Throwers in week 9. The 101.2 PAG wasn’t the most of all time, but no team with more than 100 had ever even made the playoffs. The playoffs saw a regression to the mean for their opponents, with only 84 points scored by the Nosebleeds and 90 (a Denard Robinson fumble was removed after the box score below was posted) scored by the Berries.

They are who we thought they were.

This also gives the Horsemen the most cash winnings in league history at over $3500 ($2,350 net) in 4 years. This doesn’t count the league entry fees the Nosebleeds are responsible for in 2016 after getting smashed up 3 times by the Horsemen on the year.

On that note, Legs With Holes hasn’t won a dime – and actually sits at about ($1,350) net. That’s a very negative number. They did, however, edge out the Extreme Baby Throwers in the inaugural Asshammer Bowl to end up in ‘not last place’. All the draft picks in the world wouldn’t help that dumpster fire.

But I digress. Derek Carr got the surprise start on Sunday, as the offensive coordinator made the call using some cardboard bricks and baby food. Ben Roethlisberger, Tyrod Taylor and Philip Rivers were also under consideration but they decided to give the Berries a fighting chance… that being said, the Horsemen are reconsidering the ability of the OC to make unilateral roster adjustments.

The Horsemen end the year with 2 of the top 3 receivers, 2 of the top 6 running backs, and 2 of the top 8 tight ends on the roster. Tyler Eifert, TJ Yeldon, Julian Edelman and LeVeon Bell would have been helpful – but proved unnecessary. Josh Gordon also had a spot on the bench, earning his first championship ring despite being suspended.

The Horsemen intend on holding the trophy ceremony at Down the Street bar with the draft undetermined, but likely to be held at a place that has horses.

There was only silence.

No Replies to "League goes silent as Horsemen win it all"